Traveling from Ace to Monaco (editor)

Microsoft revealed a project called “Monaco” in November 2013 as a part of the online version of Visual Studio. A few years later, the open source Visual Studio Code editor was released, which also used it as foundation. Finally, in June 2016, Microsoft released a standalone version of the Monaco Editor on GitHub.

Amazed by its snappiness and the look ‘n feel of its diff utility, we added it to our script language‘s IDE right away, publishing a sneak peek complete with IntelliSense code completion just a few days later. You can check it out on our demo system.

We’re very happy to announce that the Monaco integration is part of our Halon 3.5-r3 release that we shipped in early August (2016). The Ace editor (by Cloud9) have served us very well during many years, and remains an important part of our product as it continues to be used in for example the “flow chart” block’s scripting area.

Finally we like to thank Alexandru Dima and everybody else who has been working on Monaco for this excellent piece of software. 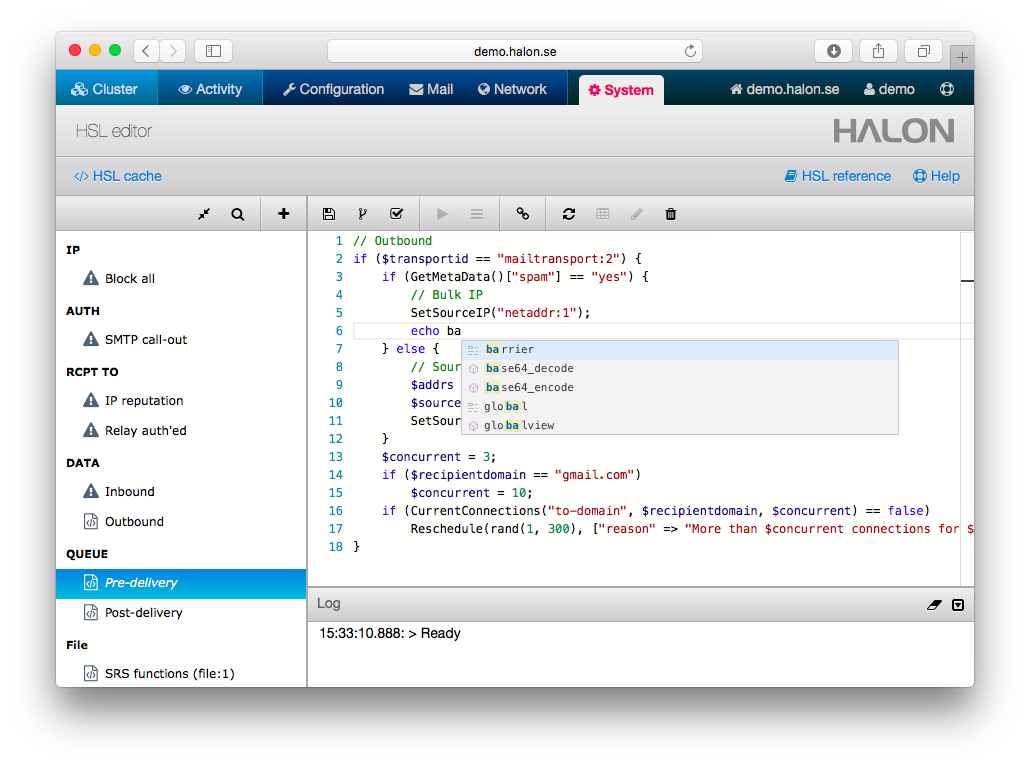